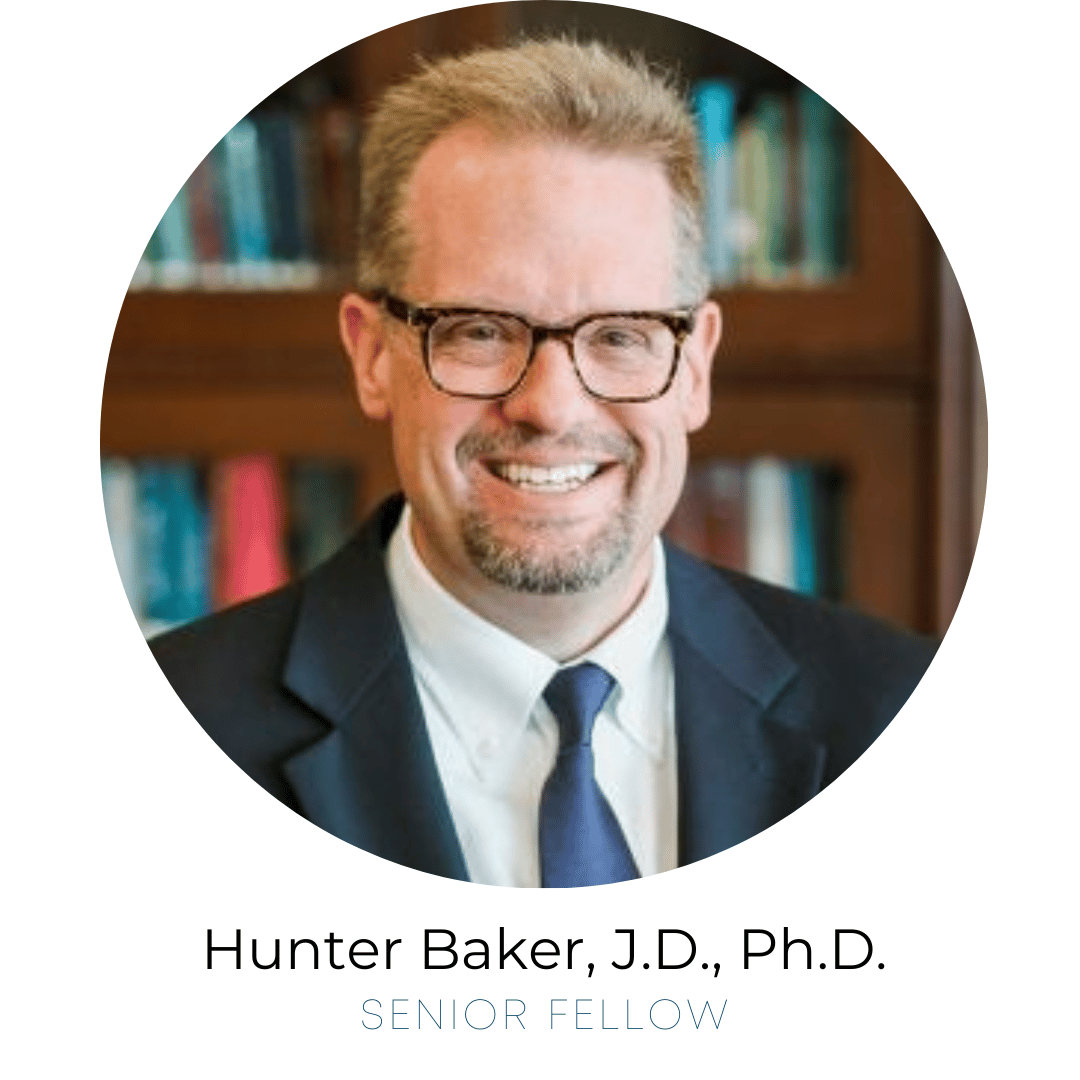 Hunter Baker is a senior fellow at the CRCD and serves as dean of arts and sciences and professor of political science at Union University in Jackson, Tennessee. He is also a research fellow of the Ethics and Religious Liberty Commission of the Southern Baptist Convention.

Over the course of his career, Baker has lectured and published widely on religion and liberty, secularism, Christian higher education, and Christianity and politics. He is the author of three books: The End of Secularism, Political Thought: A Student’s Guide, and The System Has a Soul. Baker has also served as an associate editor for the Journal of Markets & Morality and as a contributing editor for Touchstone: A Journal of Mere Christianity.