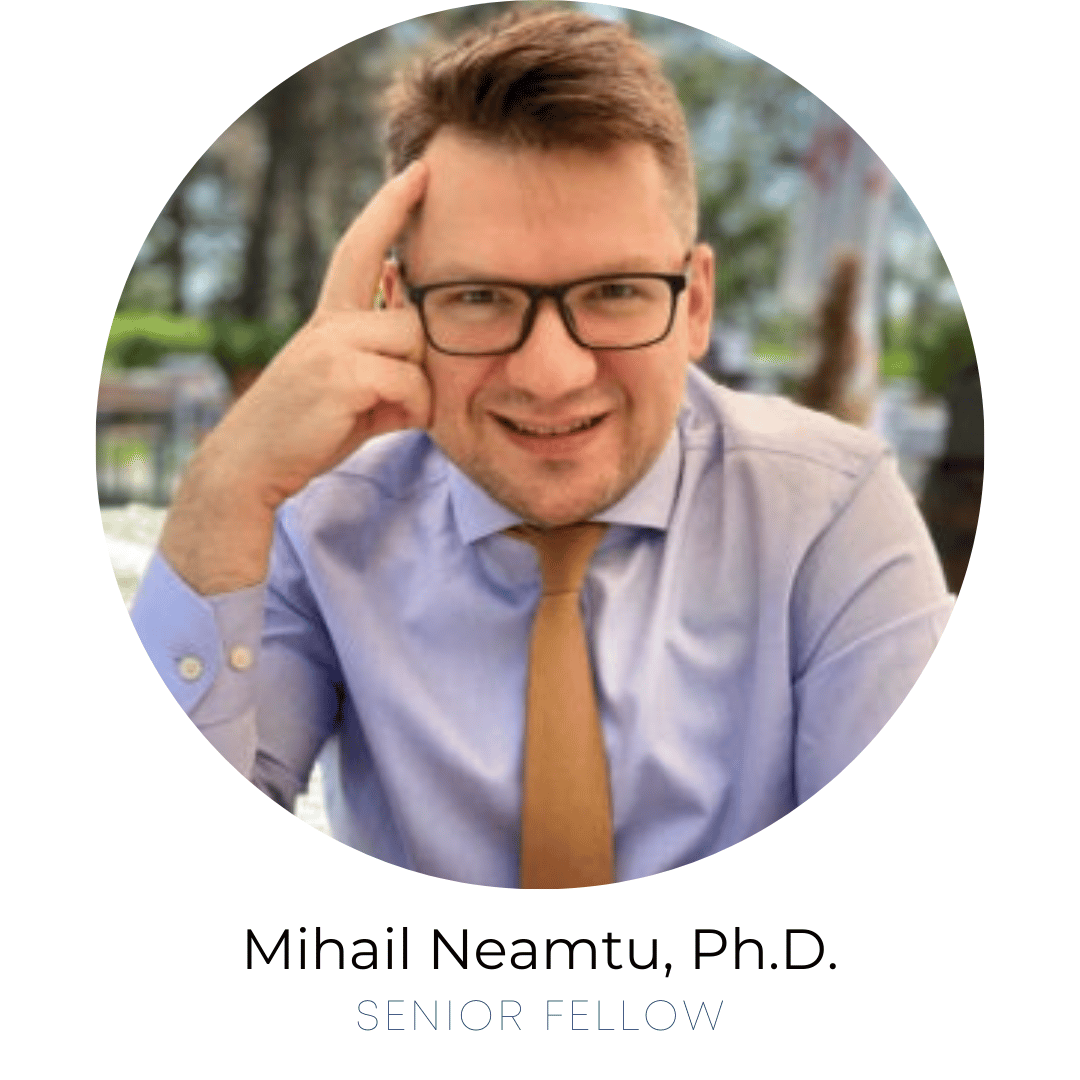 Dr. Mihail Neamtu is one of the most influential voices defending freedom in Eastern Europe. Writer, public speaker, and entrepreneur, he has written more than a dozen books supporting classical education and the foundational values of Western civilization. He has taught at the University of Bucharest and Acton University, being active as an educator, author, and business consultant.

After receiving his Ph.D. degree from Kings College London, he has given dozens of presentations on a variety of topics, from patristic theology to Continental philosophy, focusing on Marxism and the history of Communism.

Born in Transylvania, he has lived in Great Britain, Germany, and North America, working with people from all walks of life and different religious, ethnic, and cultural backgrounds.

He has been a partner in various academic endeavors with institutions such Liberty Fund, Acton Institute, Mont Pelerin Society, Mercatus Center, National Review Institute, Konrad Adenauer Stiftung, etc. His publications include articles and essays published by Oxford University Press, Ashgate, Brill, and others.

Some of his best-selling books include “Trump Phenomenon” (2017) and “The Seasons of Love” (2016, recently translated into Italian).

He is a father and a husband, currently living with his family in Bucharest, Romania.