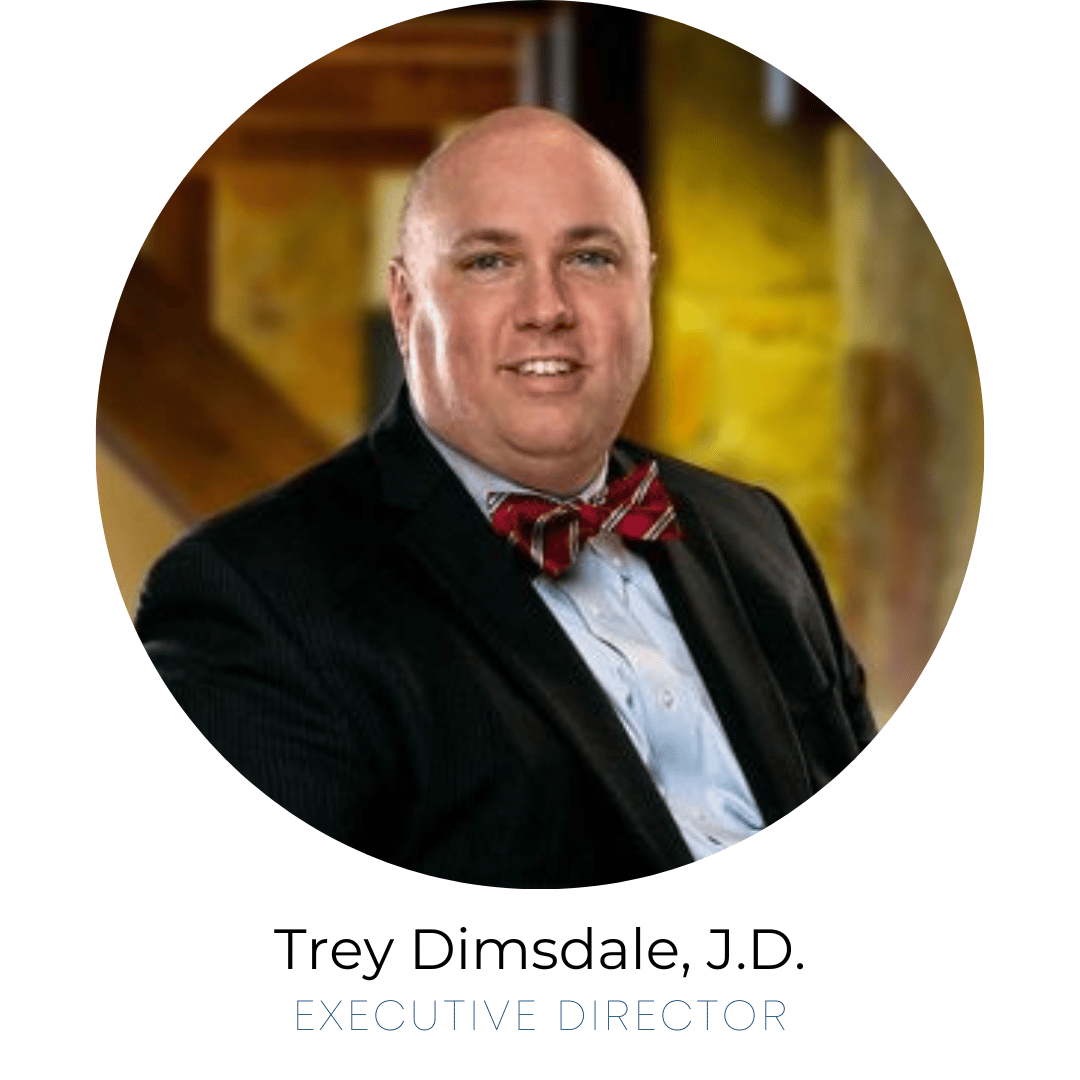 Trey Dimsdale is the Executive Director of the Center for Religion, Culture, and Democracy (CRCD). In this role, Dimsdale is responsible for establishing the priorities of the organization and leading a team of staff and affiliate scholars in the promotion of CRCD’s mission.

Previously, Dimsdale held director-level roles with several think tanks, most recently the Acton Institute for the Study of Religion and Liberty. He began his career working for a state trial and state appellate judge in the State of Missouri. He also worked prior to law school in education and served as a private school administrator.

Dimsdale’s accomplishments include several publications, including Work: Theological Foundations and Practical Implications (SCM, 2018). His editorials and op-eds have appeared in Public Discourse, The Washington Times, and Religion & Liberty Transatlantic.

Dimsdale has presented at events and conferences in the United States and abroad. Speaking engagements have included presentations to European Parliament, the Anglican Leadership Forum, European Economic Summit, and the Congress of Christian Leaders in Nuremberg, Germany.

Currently, Dimsdale is admitted to practice law in the State of Texas. He is a member of The Philadelphia Society, The Federalist Society, The Ciceronian Society, and the American Political Science Association. He is also an associate fellow for The Centre for Enterprise, Markets & Ethics in Oxford, Oxfordshire, United Kingdom.

Dimsdale earned both his law degree and undergraduate degree from the University of Missouri-Kansas City. He also holds masters degrees in theology and ethics.

Letter from the Director